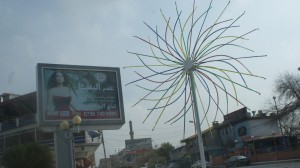 I almost had a car crash today as a large billboard promoting the party of Lebanese singer. It was a surprise, but not unexpected!

After the first two concerts held by Lebanese singer Najwa Karam and the vast success it brought (and money of course!!) posters and advertisements are now on display in Erbil promoting the concert of another Lebanese singing icon- Elissa.
From living here, one thing that I have observed is that the culture of parties is emerging in a great way. The people, especially in the cities (and Sulaimaniya ahead of Erbil) are willing to go out and enjoy their time in parties and concerts more than ever before. The world of celebrities has become more and more appealing to the new generation in particular.

Usually such concerts are targeting a specific group in the society, but attract the attention of almost everyone, and until her arrival it will be the conversation topic of every men, women; young and old.

Above: The advert promoting Elissa’s concert/ party in Kurdistan, Erbil

As a young Kurd, it makes me happy to know that even Arab singers are welcome to give concerts to Kurds and it just proves that we are just like any other nation in the world… It is even more delightful to know that these concerts are the first of its kind in Iraq. The well-off families from Baghdad and other areas in the country normally make arrangements to attend such events.

As for Elissa, with the concert set for five days after Valentine’s Day (19th of Feb), her romantic songs and slow voice will attract many young couples, and, with no doubt there will be a full concert hall.

With dinner provided, prices range from $200 to $500 per person, depending on how close they are to the stage. For a one night’s event it is a heavy price tag for most households, but many have already made their bookings. 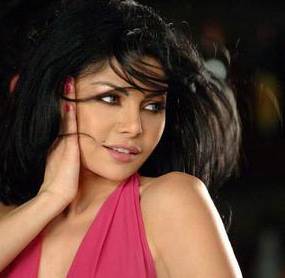 * The rumor that is now emerging is that the ‘hot’ looking Haifa Wehbi will be next in the list to hold a party in Erbil. And let me see, the Kurdish guys are already saving up!! 😀

PS. Keep an eye on a next blog entry as I visit the Erbil Nursing Home tomorrow. I know, one day Elissa and the next the nursing home… that’s how it is over here! We have a little of everything.

One thought on “Elissa in Kurdistan”